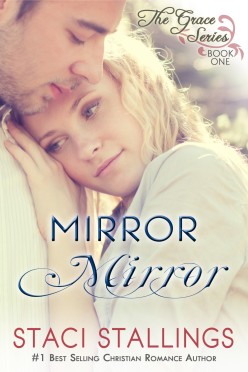 As much as he hated washing dishes, Luke was having an immense amount of fun watching her walk in and out. He began to notice that each time she came back, she would say something to him. “Don’t quit your day job.” “I feel like Santa.” “I hope you don’t blame me for this.”

Each time he retorted the comment, but each one brushed across his heart like the gentle wing of an angel. By the time she brought the final items from the line, he was sad to see her reason for coming back here go.

“That’s it,” she said after stacking the last two empty bowls that had been full of cheese at the very end.

“You sure? I haven’t seen the water cooler or tea thing.”

She snapped her fingers. “Tea thing. Right. I’ll be back.”

He could hardly hold the laugh as he watched her go through the other door. In seconds she was back, hefting the tea dispenser.

“Ask and it shall be given,” he said, shaking his head. Just then he realized she was going to have the thing all over the floor if she tried to get it up onto that counter by herself. “Oh, here.” And with no more than that, he was next to her, picking the thing up and setting it gently down.

“Whew. Manual labor.” She swiped off her hands and wiped them on the backs of her jeans. “Not my forte.”

“You need help with the water?” When he stepped back, how close she was washed over him.

“I think I can get it, but don’t go too far.” With a wink, she headed back out, and Luke froze solid to the spot.

“Luke, these dishes are not doing themselves,” Ms. P said, bustling about as she stacked more pans on the other side of the counter.

He shook his head to clear it of the intoxication and went back to work. “I’m on it.”

Sage couldn’t explain it, but it was very much like remembering what sunshine felt like. Never would she have thought she would feel that way immersed in dirty pots and pans, but every time she went into that kitchen, her spirit said it was filled with warmth and safety. Maybe the first real safety she had felt since landing here three weeks before.

“Finally. That’s the last of it,” she said, setting the water dispenser up on the counter. This one was almost empty so it wasn’t the impossible task the tea one had proven to be. Stepping back, she put her hands on her hips. “Wow.”

“Yeah. Wow,” Luke said from the sink, looking over the pile. “So, you just going to bring them all in here and then leave me with all the hard work?”

“Hey, I brought them. You should be grateful.”

“Luke. Grateful.” She came over to his side, leaned her elbows on the sink next to him and looked up at him playfully. “I-don’t-know-your-last-name. Yep. That has a lovely ring to it, don’t you think?”

His gaze fell to hers, and he shook his head. “Hey there, Ms. Sarcastic, you know how to use a dish towel?”

Her eyebrows came up. “Do I look like I know how to use a dish towel?”

“No.” He tried not to smile, but he did anyway. “But maybe it’s time you learned.” Jerking his chin up, he indicated the other side of the counter. “They’re over there in that top drawer.”

Waiting one more second, Sage picked herself up. “I said I don’t know how to use one.”

He shook his head again. “Just get a towel and start drying, Ms. Hollywood.”

From anyone else, she probably would have taken the moniker as an insult. Somehow, from him, it didn’t sound like one. She got one of the towels, trying not to notice all the holes in it. Back at his side, she picked up one small pan from the top of the new stack he was creating in the draining sink. Running it back and forth to dry the pan, she let out a breath. Strange how a month ago she never would have pictured herself doing such a thing.

“At least we didn’t have spaghetti today,” he said, leaning over just enough to bump her shoulder.

“Ugh. Don’t remind me.” She set that pan down to the side and grabbed up another one before leaning toward him. “I’m surprised Ms. P even let me in the kitchen today.”

“You and me both.” He smiled down at her, and Sage had that feeling of knowing she was safe again.

“I’m not exactly a kitchen kind of person,” she said, not looking up at him.

“Nah. You totally could have fooled me.”

“Really,” and her tone dropped into serious. “All of this is just so… surreal to me. The people. This.” She held up a pan and then set it down. “It’s so not…”

With a shrug she pulled up another pan. “The weirdest thing is how nice it is to be here. Today. At least I’m not staring at my walls, wishing I could be somewhere else.”

“You don’t want to be somewhere else?” He sounded actually concerned as if her feelings mattered one way or the other to him.

“Well, this is definitely better than the alternative. Believe me, I have a new appreciation for the torture of solitary confinement.”

She retrieved another pan as he replenished her stack. “I’m telling you, I thought I was going to lose my mind when I didn’t have my cell phone last week. At least I finally got that back.”

“Yeah. They can be pretty strict.”

“Tell me about it.” She put that pan down and got another, rotating her towel to try to find a not-wet place. “I guess you know all about that though, huh?”

“Me?” He turned surprised eyes down on her.

However, Sage just shrugged. “Yeah, you and Jayc. I mean, with you guys dating and everything.”

She said it so matter-of-factly that Luke felt like he’d been hit in the chest with a double-barrel shotgun blast.

“Oh, uh.” He reached up and scratched the back of his head, not realizing he’d managed to transfer suds there. “We’re not dating. We’re just friends.”

Defensively and trying to figure out what that laugh meant, he plunged his hands back in the soapy water. “Really. We’re just friends.” Before she could question it or laugh at him again, Luke plowed forward. “Good friends. The best. But we’re totally not dating.”

“Huh.” She made the sound and nodded with a scowl on her face as she dried a bowl. “But you want to… date her, right?”

If Luke had had any air in his system, he would have yelled Fire to get out of this conversation. “Uh. No. I…”

“Oh, come on. Seriously? Now, no lying over dishes.” Her gaze came up to his face, and he hated that he couldn’t think of a way to get away from her.

Lifting his eyebrows, he let his gaze slide over her face. “No lying over dishes? That’s a new one.”

“No, now, come on. No changing the subject on me. You like Jaycee.”

This was not a conversation he wanted to be in. Suddenly her word from before, surreal pounded through his mind. “As a friend, yes. I like Jaycee.”

Sage shook her head, looking imminently more comfortable than she had 20 minutes before, which did nothing for his nerves. “But you go out?”

“Not like that. Not like you mean. Not like dating.” He shrugged and reached up to push his sleeves up, realizing only after he did so that he had only succeeded in getting them wet. “We go out. We hang out sometimes, but we’re not dating.”

Something approaching sadness brushed her face. “But I see how you look at her.”

That backed Luke up. “Oh, yeah? How do I look at her?” The second the question was out of his mouth, he deeply regretted asking it.

However, instead of getting sarcastic or mischievous, she grew pensive. “Like she’s holding your whole world in her hands, like you would do anything to be with her, like you love her.”

The shotgun blast was beginning to sound merciful. He let his gaze fall to the dish water that was getting greasy instead of soapy.

“I’m going to have to switch out this water,” he said, reaching for the plug. He pulled his sleeve up to his face and rubbed it there, sensing moisture there. No way was he going to ask what was causing it to be there.

Sage continued to dry the pans, and remarkably there were now more on her side than on his. “So why don’t you ask her out?”

His heart was really starting to hurt, and the shake of his head did nothing to stop the pain. “She’s not…” He shrugged and washed the last of the old water down the drain before starting the faucet and filling the sink with new hot water. “It’s not… She’s not into me like that.” This shrug was only mildly easier. “I’ve accepted it.”

Now Sage had grown completely quiet as she continued drying, and Luke wanted to ask what she wasn’t saying. “Well, for what it’s worth, I think she’s missing something… someone pretty cool.”

It was the first chance he’d had to laugh, and Luke took it. “Cool? Me? I’m here washing dishes on a Saturday afternoon.”

She tilted her head and looked up at him. “And that’s a bad thing?”

A second and she half-nodded. “Maybe not to everyone.” 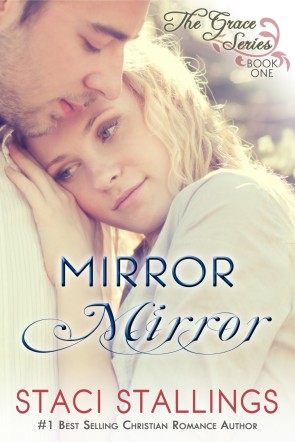 “I fell in love with Sage. My heart went out to her, and I could so relate to how she felt. It’s no fun trying to be someone you’re not even when you don’t know that’s what you are doing.” 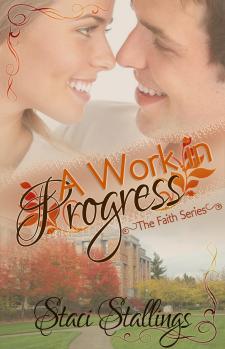